Anita is the CEO and Co-Founder of Iris.ai; one of the 10 most innovative artificial intelligence companies in 2017 according to Fast Company. Iris.ai is an AI Science assistant, able to read and connect scientific knowledge, that will grow up to be the world’s first AI Researcher within a decade.

Anita was announced by Forbes to be one of the World’s Top 50 Women in Tech in 2018. She throughly enjoys her time on stage, has done two TEDx talks and 500 startups, SU Global Grand Challenges Awards and TechCrunch Disrupt Startup Battlefield alumni.

Anita has never had what she refers to as “a real job” and Iris.ai is her fourth own startup. The past 10 years of her career have spanned over 9 industries including developing an e-learning tool in Silicon Valley, performing theatre for babies, reducing energy consumption in the process industry through heat exchanger network optimization, getting 30 (mainly middle-age, male) engineers to dance to ABBA in front of their co-workers, facilitating solar light business creation in Kenya, being in the centre of several startups crashing and burning, organizing entrepreneurial conferences and trying to disrupt the recruitment industry. She also dropped by 6 universities on the way. And built a race car. 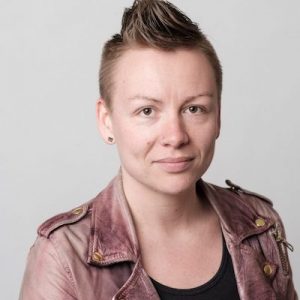